Please wait while we retrieve your cart. 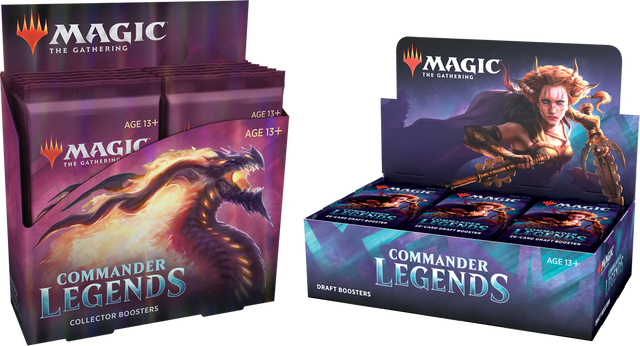 Pre-order Commander Legends, the first-ever Magic: The Gathering Commander set that is designed to be drafted, at Cape Fear Games! 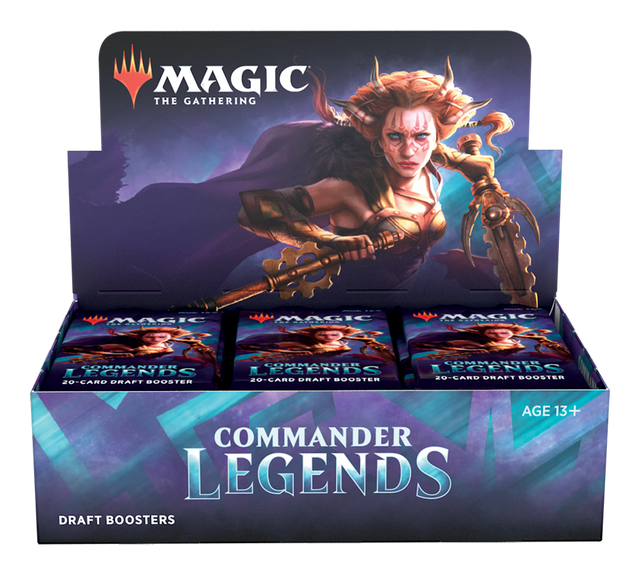 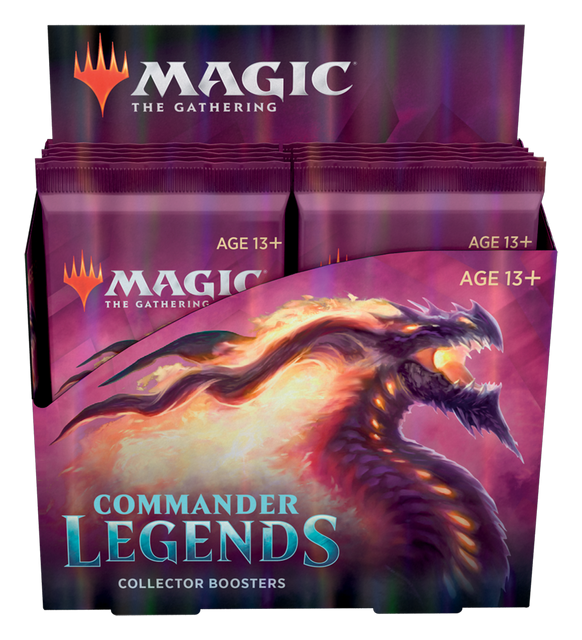 What is Commander Legends?
Commander Legends is the new addition to the Commander format, bringing a Limited style of play to the table! Play Draft or Sealed easily, with friends and family while at home or online.

There's plenty of Commander staples around, but also, much like normal Draft, you'll get to play some cards which wouldn't normally make the cut in a Commander deck. That's part of the fun!

How does it work?
In Commander Legends, you'll be drafting three 20-card booster packs. Each pack will contain a guaranteed foil along with two Legend cards (there are two dedicated Legend slots). For every pick, players take two cards at a time. This is done for coherency of the decks and for speed. After the draft, players build a 60-card deck — much like how a traditional deck of Magic is 60 cards and a traditional draft is 40, here it's 60 to Commander's 100. All other Commander rules apply with one exception. You can play more than one copy of a card if you draft it: the Singleton rule does not apply. It doesn't happen very often with 3 packs and 20 cards given the set size, but duplicates are allowed.

Whats in the pack?
Here is a simple breakdown of what can be found in the Draft and Collectors Booster Packs!

Commander Decks
Releasing alongside Commander Legends Draft and Collector Boosters will be 2 entry-level Commander Pre-Con Decks, each featuring both new cards and reprints!

The full deck-lists for each deck can be found in this WOTC article! 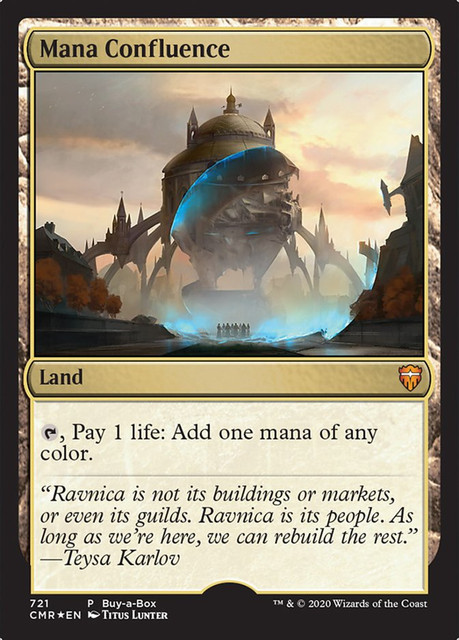 With each in-store pre-order or purchase of either the Draft or Collectors booster boxes, you will receive a Foil alternate art version of Mana Confluence! (Max 4 per person) This offer will only be available while supplies last.

For more info on the other promos available and cards that can be found in the boosters, visit this Sneak Peek!